The PAL-USG (DOG) is designed for measuring Urine Specific Gravity for dog. 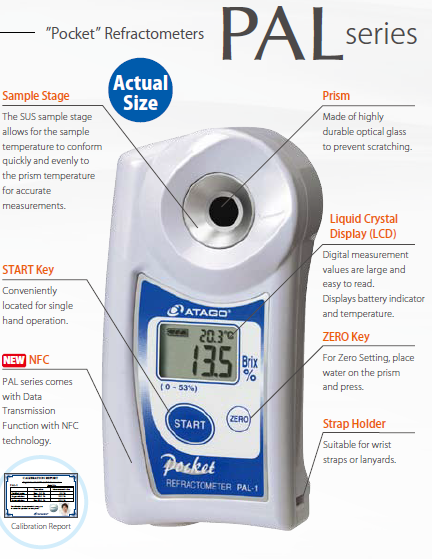 Everyone is talking about the new "Pocket" as featured on recent TV programs and Magazines.

The PAL is a completely new and redesigned digital hand-held instrument that will change the traditional conceptions of refractometers. The PAL's surprisingly compact size allows you to easily carry it around and use it indoors as well as outdoors. The size, design, function and performance will surprise you. The PAL will expand your range of measuring possibilities. 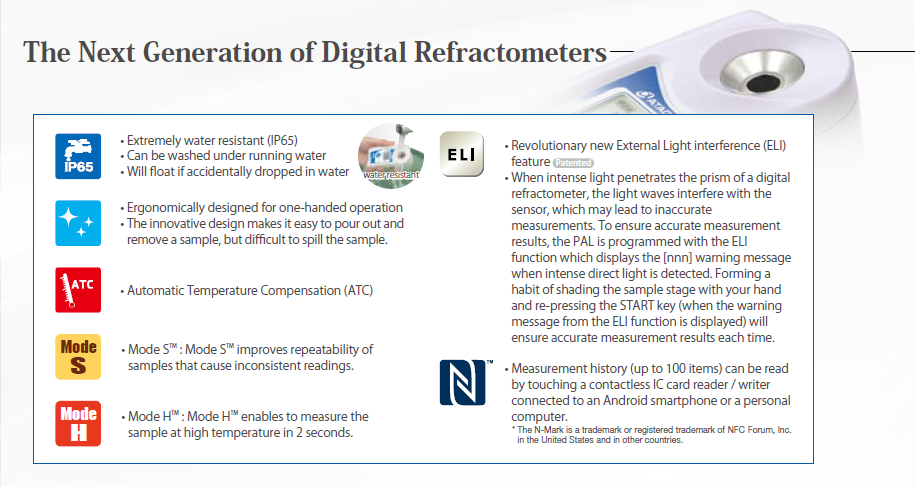 Icons, for functions, specifications and scales have been added to this catalog